Skip to content
Who Is It Best For?
People that like memory foam
If you want a hybrid bed that utilizes coils 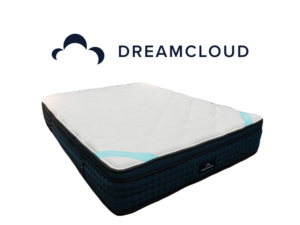 Who Won’t Love It?
People with a maximum budget of $800
If you want a truly soft mattress

DreamCloud Premier is a hybrid bed made with coils, memory foam, and polyfoam. All in all, the bed is comprised of six different layers and totals about 14″ thick. The Rest model, on the other hand, is a whopping 16”, but its extra two inches of foam is the only major difference.  Here is a quick breakdown of the different layers starting from bottom to top.

How does this bed feel?

We would also consider DreamCloud Premier and DreamCloud Premier Rest to be responsive mattress—mostly due to the fact that it has thick pocketed coils and memory foam that doesn’t make you feel like you’re sinking. This means that switching positions requires little effort, which can help with getting more restful sleep.

Moving on, we think the Premier mattress lands right around a medium to medium-firm on the firmness scale. The Rest model, however, is a bit softer and falls around the medium to the medium-soft range.

It is important to note that softness/firmness is subjective based on your weight and BMI. Heavier folks will experience a softer DreamCloud Premier, and lighter individuals will claim that it’s firmer. This might seem intuitive, but a lot of people overlook it.

The Premier model is not the most pressure-relieving bed we’ve ever tested because it does lean towards the firm end of the firmness spectrum, but it does offer some thanks to the memory foam and fluffy pillow-top comfort layers. If you want max pressure relief, opt for Premier Rest. It’s softer and will cradle your pressure points better than DreamCloud Premier.

We wouldn’t say either of the DreamCloud Premier mattresses are warm sleeping. Sure, the Rest mattress is soft, and you do nestle into a little bit, but the pillow top works to counteract the memory foam a little so that you don’t feel like you’re being hugged or engulfed by the top layers. Plus, the coils in the bed allow for a decent amount of airflow. In our eyes, the DreamCloud Premier mattresses should be considered temperature neutral.

Keep in mind, plenty of other factors beyond your mattress play into how warm or cool you sleep as well. We’re referring to things like your pajamas, room temperature, sheets, etc.

In our opinion, the DreamCloud Premier mattress is priced fairly, considering the quality of the bed. The Rest model is also quite affordable and only costs about $200 more than DreamCloud Premier. This has a lot to do because they cut costs on distributors, intermediaries, and storefronts by selling directly to the consumer online.

DreamCloud, like pretty much every other mattress brand, likes to play the discount game. Typically, you can expect the company to take hundreds of dollars off the retail price. We’ve seen them bring a queen size DreamCloud Premier down around the $1,400 mark, which again is pretty incredible given the mattress’s high-quality construction. You can check the green discount box on your screen to see if that particular promotion is still live.

Suitable Sleepers For The DreamCloud Premier

Is The DreamCloud Premier A Good Mattress For Couples?

We’ve covered most of the important stuff by now, but there are three additional factors that you should be mindful of if you sleep with a partner. Those are (1) edge support, (2) motion transfer, and (3) temperature.

The edge support for each DreamCloud bed is pretty solid, which means the edges hold up really well when you end up lying along the perimeter of the bed. This often happens when your partner hogs the very middle of the bed and spreads out starfish style while you hug the edge of the mattress for dear life. Luckily with DreamCloud, the edges won’t crease, and you won’t end up on the floor.

As you can see in the image above, DreamCloud is holding up very well along the perimeter. With a lot of all-foam beds—and even some hybrid beds—the edges will compress so much that you feel as if you’re going to fall off of the bed. That’s not the case with DreamCloud, though.

As for motion isolation, the bed does a pretty decent job with this as well. The coils in this bed give it a bit of bounce, but overall, it’s nothing to be overly concerned with.

As you can see above, the bed does a competent job of limiting motion transfer, especially for a hybrid or spring mattress. Ultimately, motion transfer is not a reason to pass on the DreamCloud mattress.

DreamCloud Premier and DreamCloud Premier Rest are high-quality, hybrid mattresses that offer consumers a little taste of everything – coils, memory foam, and a euro pillow top. Furthermore, our DreamCloud mattress review team found that the bed is highly accommodating in that it satisfies all types of sleepers and people of all shapes and sizes. Plus, it’s tough to argue with their price tags. You won’t find too many other 14″ plus hybrid mattresses that you can purchase for around $1,600-$1,900 (queen-size).

Side sleepers should opt for the softer DreamCloud Premier Rest mattress, while back, stomach, and combination sleepers will probably like the standard DreamCloud model best.

Get the kind of sleep you’ve only dreamed of with some help from our team of mattress experts. We personally test more than 150 of the best sleep solutions from over 60 leading brands on site, so you can be sure you’re getting unbiased reviews, fair comparisons and personalized recommendations.

Frequently Asked Questions
Is the DreamCloud Premier worth it?

For most sleepers, we think it’s going to be worth it. It’s extremely durable, supportive, and feels like a comfortable pillow top mattress. The only exception would be sleepers under 150 lbs. because the bed’s thickness might be a tad too overkill.

Is DreamCloud Premier good for a heavy person?

Is DreamCloud Premier a bed-in-a-box?

Yes, you can expect your DreamCloud Premier mattress to be shipped to you inside of a cardboard box! It’ll show up right outside your front doorstep, so all you have to do is unbox and unroll.

DreamCloud offers a year-long sleep trial so you can test your bed for 365 nights before you have to decide whether or not you love it.

Do I need a box spring for my DreamCloud mattress?

No. Instead, we recommend a standard metal or wooden bed frame, adjustable bed frame, or mattress foundation. 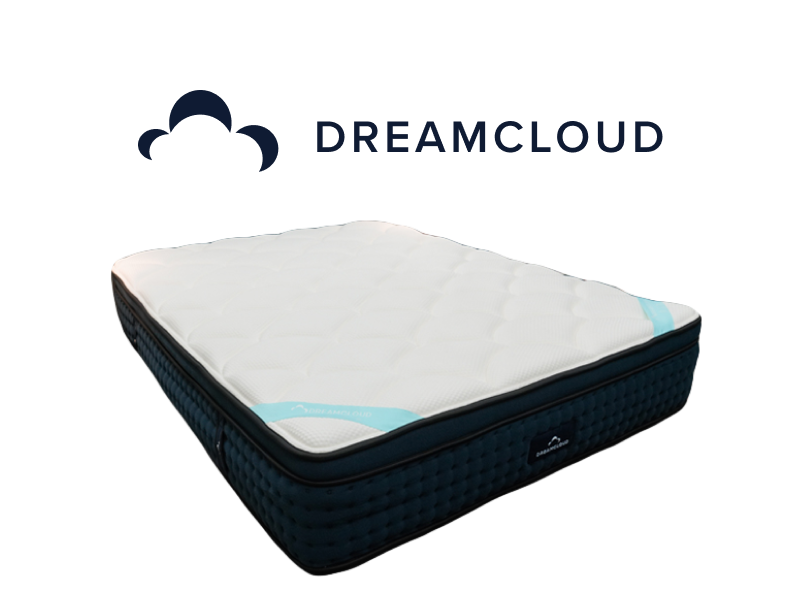 McKenzie Dillon has been a member of the Slumber Yard team for two years and counting, and her resume includes hundreds of sleep-related articles from mattress review products to helpful blogs containing sleep tips, news, how-to guides, and more.